The monitoring of pollution is not limited to dust storms and visible emissions, it is also the invisible microscopic fine particles contained in aerosols that pose a threat to the environment and human health.

ANSTO commenced an aerosol sampling program at the Centre for Accelerator Science thirty years ago this week to characterise these pollutants and ultimately, identify their sources, which has taken it to the forefront of environmental monitoring of this type in Australia and the region.

One of the scientists who helped establish the program, Prof David Cohen, looked back on its evolution over three decades, which began in the early 1990s.

“The real and unique power of this ultra-sensitive nuclear technique was, and still is today, that it can measure in a very short time, non-destructively, 25 to 30 elements, from hydrogen to lead, on a sample about 300 micrograms in size, the amount of pollutants the typical person breathes in on an average day,“ said Cohen.

“The nanogram-sized quantities of elements that occur in a cubic metre of air are almost incomprehensively small but are readily measured by our nuclear techniques. A nanogram is a thousand millionth of a gram.”

Although IBA aerosol studies were pioneered at Lundt University in Sweden in the mid-1970s and later adopted in the United States, the approach hadn’t been introduced in Australia.

Air pollution did not emerge as a major environmental issue in Australia until the mid-1980s when Cohen and former associate Eric Clayton saw its potential application. The impetus was coupled with a drive to generate revenue from ANSTO’s infrastructure.

It took some overseas training, the commitment and investment of local government and environmental monitoring bodies to establish the first fine particle monitoring network in NSW that commenced in 1991.

“The initial and continuing support of local councils, industry and government authorities, and, in particular, driven environmental monitoring officials has given this program longevity,” said Cohen.

“Our success is very much due to people here at ANSTO and our collaborators who shared a vision.”

The first network covered the major population, industry and power-generation areas of Wollongong, Sydney and Newcastle with 25 ‘cyclone’ sampling units.

The goals were to investigate the relationship between fossil fuel combustion and fine particle aerosols in urban and non-urban environments, establish baseline information on concentrations of fine particles, and identify and quantify the sources. 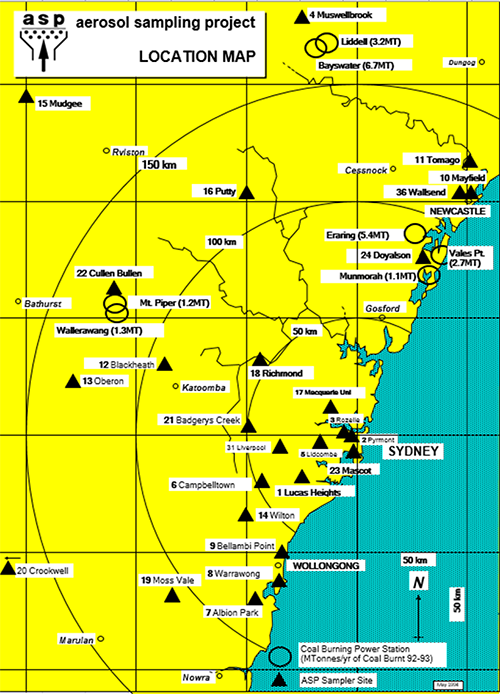 The first study, financed by the federal government, produced a five-volume report on daily fine particle mass and chemical composition across NSW.

The standard is known as PM2.5 for particulate matter that is 2.5 microns in size, which is 40 to 50 times smaller than the diameter of a human hair.

In this first report, more than 5,000 filters were analysed to identify up to 25 different chemical substances.

“When combined with average wind speed and direction models, we saw the potential to establish pollution fingerprints to identify the sources and their contribution,” said Cohen.

With some additional funding for this purpose, the aerosol sampling consortium led by ANSTO produced another report detailing the sources of fine particle pollution and their contribution to the total amount of particulate matter.

These reports drew the attention of local government and industry groups, who continued to fund the research and make the program viable in the long term.

Over the years, the program produced many significant air pollution studies across Australia and around the globe. In Australia, these included studies of lead, coal, wood smoke as pollutants and more general characterisation reports for specific areas.

The contribution to pollution science has been substantial with the publication of 76 journal articles, hundreds of conference presentations and 65 major reports.

ANSTO’s aerosol sampling program has evolved since it began.

“We were always looking for ways to improve the hardware in the sampling units, the software and enhancements to our instruments,” said Cohen.

The original ‘cyclone’ sampling units now have seven collection heads from the original configuration of one or two, and we can upload data to the Cloud instead of using paper logsheets.

Enhancements to the STAR accelerator are also in progress that will enable more efficient throughputs and shorter run times without the need for two hourly sample changes.

Modern images of staff who work on the aerosol sampling program, Armand Atanacio (left) and Madhura Manohar who is holding air filters from the archive

Since the first sampling unit began operating, the program has accumulated over 65,000 filters from 95 sites across Australia and Asia, which are stored in a repository at ANSTO.

“These thin Teflon filters and contents, which are not destroyed by our nuclear analysis techniques, constitute not only an archive of pollution levels but a source of additional information about other components in the air, such as pollen fragments and viruses,” said Cohen.

Access to data that has been collected is freely available to researchers and authorities on ANSTO's website.

The customisation of statistical analysis software has been a crucial aspect of identifying the sources of pollution, which is challenging because of the complexity of air movements and the mixing of different sources in most airsheds.

Cohen is enthusiastic about new computer codes that will link source concentrations to wind speed and direction through polar plots and contour maps over to daily to yearly time frames.

Being able to pinpoint the geographic location of pollution sources has proven to be a key function of the ASP program in our region and beyond.

ANSTO, through its affiliations with the International Atomic Energy Agency (IAEA) has contributed significantly to air pollution studies and training local counterparts in the use of equipment, knowledge transfer and analysis of data. 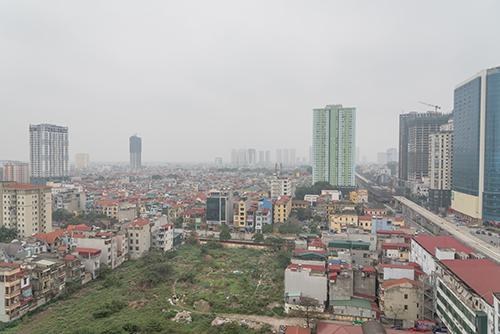 In work that also began in 1991, ANSTO has participated in global collaborations involving up to fifteen countries in the Australasia region. These projects, which are among the longest-running supported by the IAEA, continue to provide crucial data to countries with significant air pollution challenges, particularly in some of their megacities. 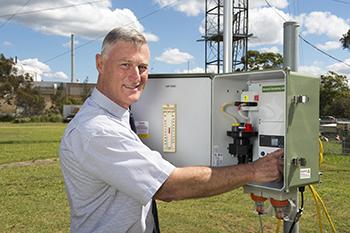 Australia is fortunate with its relatively low levels of pollutions, compared to some countries where emissions are a serious threat to the environment and populations,” said Cohen.

The continuity of the program has been impacted by COVID-19 lockdowns, as the collection of filters from the sampling sites became impractical; but, in terms of the long-term record, such short intervals of sparse data do not compromise longer-term studies.

And the program has produced a successful commercial spin-off, the development of a compact multi-wavelength absorption black carbon instrument (MABI) to distinguish the sources of black carbon from diesel sources and bushfire events or biomass burning.

When asked about the next 30 years, Cohen says that as long as there is increased urbanisation of populations, pollution will increase there will be a need for long-term data, the aerosol sampling program (ASP) will continue to be relevant.

Significant changes due to climate challenges are likely to have an unknown impact on pollutants.

“Whether air pollution levels stay the same, go down or go up ASP will be there to ensure the information is captured and made available for all who may need it,” he said.

ANSTO is playing a lead role in measuring and characterising fine particles from a range of locations around Australia and internationally.