Nuclear Fuel Cycle researcher, Dr Inna Karatchevtseva was among those identified by The Australian in its Research magazine as a national leader in her field of ceramic engineering in what is generally a male-dominated profession. 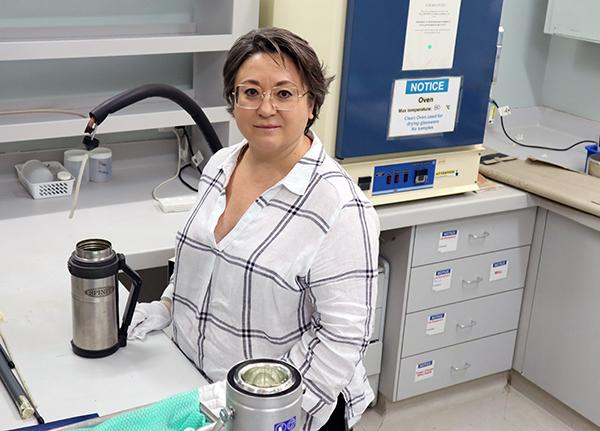 According to the data analysis methodology provided by League of Scholars, Karatchevtseva was among 17 scholars who were named as Australia’s leading researchers in each of 17 specialist disciplines under the broad theme of chemical and material sciences. They are the researchers with the highest number of citations from papers published in the last five years in the 20 top journals in their field.

Karatchevtseva, who has a PhD from Moscow State University in polymer science and the University of New South Wales in inorganic hybrid materials, credits her achievements to her extensive network of collaborators at ANSTO and further afield.

“I am not usually the first author in the research but bring my experience in materials fabrication and characterisation, including spectroscopy, to support the work of others,” said Karatchevtseva.

She is praiseworthy of her colleagues, who undertake research on subjects related to the nuclear fuel cycle. Karatchevtseva has worked with this group since she began at ANSTO in 2004.

The collaborations have been very productive, and include a longstanding relationship with researchers from DMTC, an independent company advancing key technologies relevant to Australia’s defence capability.

She and Michael Saleh were among the collaborators honoured by the DMTC at the 2019 Awards for Excellence held on 26 March 2019 for their contribution to defence Innovation.

Karatchevtseva was recognised for her contribution to the partnership with Thales Australia to develop an Australian supply chain for critical components of naval ship and submarine sonar transducer equipment.

The project is expected to lead to the validation of a sovereign Australian capacity to produce single crystals, which currently must be imported from overseas. The crystals are used in naval sonar equipment.

Karatchevtseva has numerous collaborations with Dr Ondrej Muransky investigating materials for molten salt environments. A recent publication was highlighted in an article on the ANSTO website.

Dr Suzanne Hollins, Head of Research at ANSTO, said it was a considerable achievement in a highly competitive area, where there are many talented scientists.

“It is particularly gratifying to see the same team make the list two years in a row.”

Karatchevtseva was the only ANSTO staff member to make the list in 255 fields of research. 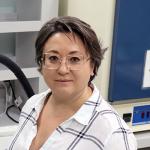