“The recent Australian bushfires in Victoria, NSW and Queensland have led to unprecedented extreme levels of fine particulate pollution all along the Australian east coast,” said Prof David Cohen, who oversees the fine particle pollution monitoring and characterisation at ANSTO.

“The NSW Environmental Protection Agency (EPA) has reported over 600 micrograms per cubic metre of air of particulate matter at some sites in the Sydney Basin, compared to an annual average level of 6-8 micrograms normally experienced,’ said Cohen.

“We will be measuring the total mass of fine particles in air samples and a breakdown of individual pollutants within it as part of our on-going Aerosol Sampling Program (ASP). We have been characterising air quality with our highly sensitive instruments for over thirty years.”

Fine particulate matter are collected on thin Teflon filters and sent to ANSTO for analysis from sites across Australia and around the globe.

“Nuclear techniques are used to identify the sources of these fine particles and their contributions to the total fine mass, primarily using ion beam analysis on our STAR accelerator,” said Cohen. 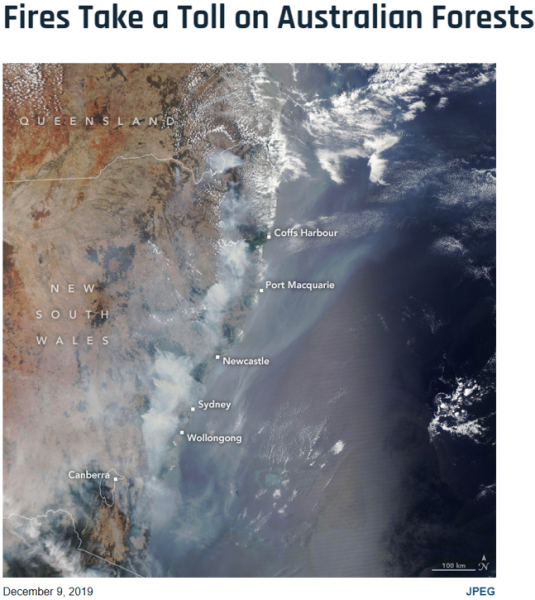 X-ray fluorescence at the Australian Synchrotron and neutron activation analysis can also identify and measure elements associated with these particles.

The introduction of an ANSTO designed and produced a portable instrument in 2015 to differentiate the sources of black carbon, biomass burn burning or diesel vehicles is complementing the datasets.

Fine particle pollution is generated by urbanisation, the operation of industry, motor vehicles, coal-fired power stations,  wood-burning heaters and other man-made sources but can also be generated by events such as volcanic eruptions, bush fires and dust storms.

The presence of atmospheric particulate matter pollution, often generically referred to as haze or smog, is a significant issue that impacts every urbanised city, country or region in the world to varying degrees.

Many particles form in the atmosphere as a result of complex chemical reactions.

“The particles range in size but we use 2.5 micrometre as the fine particle standard, which is too small to be seen with the human eye.  This is about 40-50 times smaller than the diameter of a human hair,” said Cohen.

The particles pose a hazard to human health because they can enter deep into the lungs and may even have direct access to the bloodstream.

There is a growing body of evidence strongly linking the inhalation of fine air pollution to a range of serious human health implications including respiratory disease and infection, cardiovascular disease, stroke and premature death.

Studies have shown that people with heart and lung conditions, children and older adults are the most likely to be affected.

“In the Asian megacities, it has been estimated that life expectancy is reduced by 3-5 years, and will scale accordingly for Australian cities,” said Cohen

There are other hazards associated with particulate pollution.

The eruption of Mount Agung in Indonesia caused an Australian aircraft to have a stall in four engines, which fortunately the pilot was able to restart after diving to lower altitudes.

“As seen with bushfires, pollution can greatly reduce visibility on a local and regional scale. Fine particles can be easily transported over long distances across international borders and around the globe,” said Cohen.

Pollution also causes environmental damage to stone and other materials.

The science of measurement 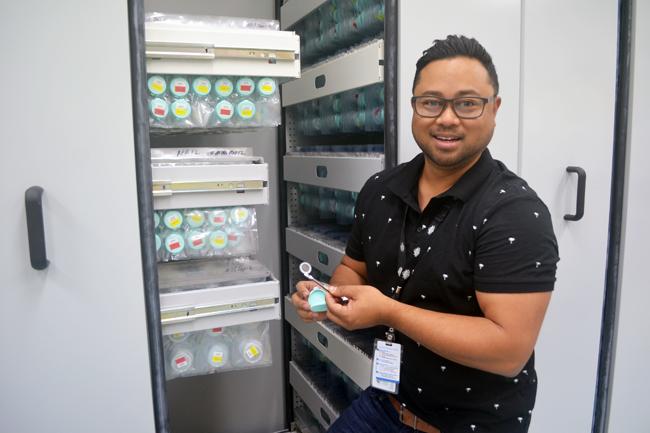 The monitoring which is done at ANSTO can detect more than 20 different elements.

We have collected over 65,000 filters since the project commenced in 1989. It is one of the most comprehensive fine particle datasets in the world,” said Cohen.

“Among these elements you find toxic chemicals, such as chromium, cobalt, sulphur, lead and nickel,” explained Cohen.

In collaboration with many different organisations, ANSTO maintains comprehensive data sets on its website for Australian and many Asian monitoring sites.

Monthly average particulate matter concentrations from 2007-2013 were used to produce contour maps which provide an indication of fine particle concentration levels from Wollongong through Sydney to Newcastle in NSW, Australia.

“The datasets and contour maps are openly available to researchers and agencies,” said Cohen.

“We use powerful statistical analysis techniques to development fingerprints for sources and correlate events with levels of specific pollutants,” said Cohen.

There have been many beneficial developments as a direct result of monitoring.  In January 2001, the State Government stopped leaded petrol use in NSW. Then in 2014-15 the Australian National Environmental Protection Measure (NEPM) PM2.5 goals were lowered.  Australia now has some of the lowest NEPM goals in the world. 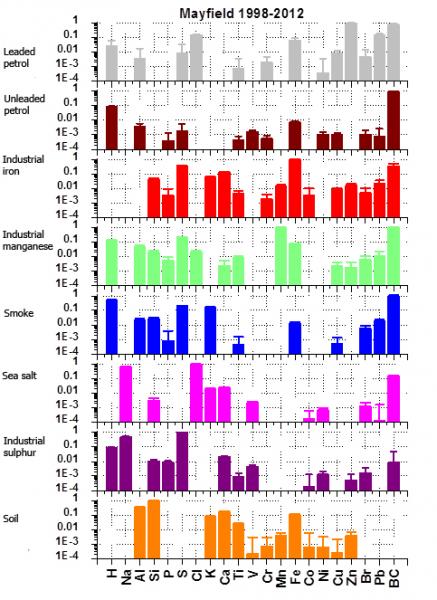 The specific fingerprints of different types of pollution. Smoke is blue.

Role in the Asia Pacific region

Air sampling has been undertaken weekly or bi-weekly in fifteen countries since 2002.

In many countries, the databases are used to guide environmental protection measures, such as the issuing of advisories and regulatory activity.

There were positive developments including the introduction of stricter standards across Asia-Pacific. Pollution monitoring programs were introduced in 13 countries with local EPAs.

Five countries have now banned leaded petrol use across major urban areas reducing lead in the blood of large numbers of children.

The project identified that 70%-75% of high soil events in Beijing, Seoul and Hanoi originated long-range transport of dust from the Gobi Desert regions.

In a widely reported development, analysis of the data revealed that approximately 50%-60% of the high sulphate events in Hanoi originate from long-range transport of sulphate from coal-fired power stations in China.

“We expect our ASP program, which started through a collaboration with the University of California Davis in October 1989, will continue and expand, as the planet continues to experience adverse events relating to air quality.”

If you have any questions about our fine particle pollution monitoring program or the MABI black carbon measuring device, don't hesitate to contact us.

ANSTO is playing a lead role in measuring and characterising fine particles from a range of locations around Australia and internationally.