The triple-axis spectrometer is a perfect tool developed for the study of collective motions of atoms in solids. The first triple-axis (or 3-axis) machine was developed by Bertram N. Brockhouse at the Chalk River Research Reactor in Canada.

For this invention and for developing the methodology of its use in order to study condensed matter, he was awarded the Nobel Prize in Physics in 1994. He carried out a series of seminal experiments performed at Chalk River in the fifties and sixties. His original spectrometer is now in the Canadian Museum of Science and Technology in Ottawa.

This allows one to measure the neutron energy after scattering, which may in general be different from the incident energy provided by the monochromator. If the incident and scattered neutron energies are equal, there is no net energy transfer to the sample and this is called elastic scattering.

If the incident and final energies are different, there is a net transfer of energy to or from the sample and this is called inelastic scattering.  In solids, the transferred energy is in the form of quantised sound waves or phonons (by analogy to photons as quantised light), or magnons (quantised magnetic waves) or even as energy to transferred to individual electrons, as they jump from one quantum level to another.

Double-axis spectrometers measure the total scattering from the sample, assume it to be elastic, and interpret it in terms of the structure of the material, while triple-axis spectrometers measure the energy spectrum of the solid, and interpret it in terms of dynamics or how the atoms move.  This in turn tells us about the forces between atoms, or between magnetic moments.

Triple-axis spectrometers provide spectroscopic information with much more detail than than obtained from optical spectroscopy methods like infra-red or Raman spectroscopy.  The difference is that, in addition to thermal neutrons having wavelenghts comparable with comparable with interatomic spacings, they also have energies comparable to vibrational energies in solids and inelastic neutron scattering provides additional information on the spatial nature of the modes or excitations.

Taipan is ideal for the study of phonons and magnons in materials, and in studying the physics of phase transitions and processes where thermal energy are involved. These include strong magnets, superconductors and strange metallic states. On the other hand Sika (which utilises cold neutrons) will be better suited to problems with lower energy excitations, like understanding novel ground states of one-dimensional materials.

Naturally materials have a combination of low energy and thermal excitations and the two machines will be chosen by the dictate of the particular experiment.

Much of the world's triple-axis capacity has recently been tied up in tackling the high-temperature-superconductor problem, one for which neutron scattering might win a Nobel Prize, if our method provides definitive evidence regarding the mechanism for superconductivity.

Other important problems include understanding zero-temperature phase transitions, other unconventional superconductors besides high-Tc, model statistical-mechanics systems, metal-insulator transitions, ionic conductors and so on.

In all cases, it is crucial that large high-quality single crystals of the relevant materials are grown, and we were successful in supporting an ARC-LIEF grant with Sydney University to get some state-of-the-art crystal growth in Australia for the first time.

Taipan as well as Sika are both highly configurable and versatile, have the most intense thermal and cold beams in the whole facility, together with the lowest background levels.  There will be a substantial number of diffraction experiments, particularly when looking for weak scattering effects, performed on both instruments.

In fact, the two triple-axis spectrometers are very well suited to real 'experiments' as opposed to the more routine 'measurements' for which our other instruments are typically better optimised.

We are in the process of commissioning a second type of very-high-intensity analyser system, dedicated to molecular-spectroscopy studies:  a beryllium-filter option. 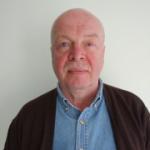 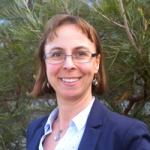 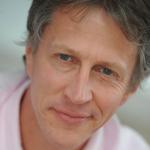