Alternative energy sources, new materials, and gas sequestration technologies have risen as a result of the combined needs for energy and environmental sustainability, with the focus moving increasingly away from more traditional combustion of fossil fuels.

The Energy Materials project focuses on advancing energy technologies through the coupling of neutron scattering tools and other capabilities and expertise at ANSTO.

Neutron-scattering tools are extremely well suited for the study of functional materials for energy and excel particularly in the study of hydrogen amongst other systems.

In broad terms, the research of this project encompasses energy systems using hydrogen (hydrogen production, storage, and use in fuel-cells), solar-energy materials, and the study of energy-transport mechanisms in battery and ion-conductive materials.

Below are some examples of the areas of our research:

The Energy Materials project aims to engage the wider research community in addition to our internal research.

Highlights of the Energy Materials Project. 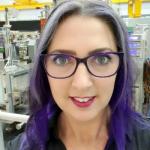