The Australian Synchrotron is a major research facility located in Clayton, a technology and innovation hub of southeast Melbourne.  It is one of Australia's most significant pieces of scientific infrastructure.

Scientific research and innovation using synchrotron light span hugely diverse areas of activity and has led to advances that bring benefits to Australia and internationally.

The Australian Synchrotron produces powerful beams of light that are used at individual experimental facilities to examine the molecular and atomic details of a wide range of materials. The advanced techniques are applied to research in many important areas including health and medical, food, environment, biotechnology, nanotechnology, energy, mining, agriculture, advanced materials and cultural heritage.

Experiments with synchrotron light offer several advantages over conventional techniques in terms of accuracy, quality, robustness and the level of detail that can be seen and collected, and are much faster than traditional methods.

More than 5000 researchers a year use synchrotron instruments. The facility has been directly involved in the generation of more than 3000 publications in refereed journals.

In simple terms, a synchrotron is a very large, circular, gigavolt technology about the size of a football field. From outside, the Australian Synchrotron, for example, looks like a roofed football stadium. But on the inside, it’s very different. Instead of grass and seating, there is a vast circular network of interconnecting tunnels and high tech apparatus.

Synchrotrons use electrons to produce intense beams of light more than a million times brighter than the sun. The light is produced when high-energy electrons are forced to travel in a circular orbit inside the synchrotron tunnels by the ‘synchronised’ application of strong magnetic fields.

The electron beam travels just under the speed of light - about 299,792 kilometres a second. The intense light they produce is filtered and adjusted to travel into an experimental workstation, where light reveals the innermost, sub-macroscopic secrets of materials, from human tissue to plants to metals and more.

The synchrotron produces X-ray and infrared radiation that is channelled down long pipelines, known as beamlines, into a suite of scientific instruments.

There are different methods of using radiation to suit an investigation.  The types of instruments are broadly categorised by the way in which light is used: diffraction and scattering, spectroscopy and imaging. There are currently 10 operational beamlines with plans to expand the suite with an additional seven beamlines (Project BRIGHT).

In June 2001, the Victorian Government announced its decision to build a national synchrotron facility on land adjacent to Monash University. The Victorian Government committed to funding the synchrotron technology and a building to house the facility. Beamline capital funding came from partners such as research institutions and state governments.

In June 2006, the Australian Synchrotron project reached a major milestone with engineers and scientists achieving ‘first light’, confirming that the machine was working as planned.

Since commencing operations in 2007 the Australian Synchrotron has demonstrated that it is arguably one of the most successful scientific user facilities, bringing benefits to over 5000 researchers a year from academia, medical research institutes, government and other research organisations and industry.

In 2013 ANSTO became the new operator of the Australian Synchrotron, which brought together two of the nation’s most significant pieces of scientific infrastructure to advance science outcomes for the nation. ANSTO operates the OPAL multipurpose reactor in Sydney.

Through Project BR—GHT, ANSTO has, to date, secured $80.2 million in new funding to expand the research capabilities of the Australian Synchrotron over the next decade. The new funding will expand the number of beamlines from 10 to as many as 19, increasing research output significantly.

Brighter than the sun

The circumference of the storage ring

What is synchrotron light?

After electrons are accelerated to velocities close to the speed of light, they are forced to change direction under a magnetic field.

Fundamental and applied research conducted at the Australian Synchrotron brings improvements in human health, leads to the development of new materials and technologies,  contributes to environmental sustainability and solves problems for industry.

The specialised techniques have applications in in advanced materials, agriculture biomedicine, defence science, environmental sustainability, food and food technology, forensic science, energy industry, mining, cultural heritage, planetary science, and electronics, among many others. A specialised team of physicists at the Australian Synchrotron also undertake research in accelerator science and develop accelerator systems in a broad range of areas, including feedback systems to modelling future linear collider accelerators. and the design of novel future light sources for precision particle physics measurements.

Discover how the Australian Synchrotron can assist your investigation.

The BRIGHT Project will expand the beamline infrastructure of the Australian Synchrotron to increase both its capacity and capabilities. 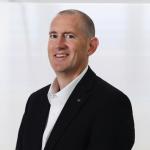 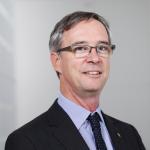 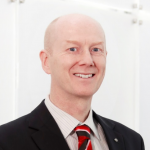